Claire Callahan, PI extraordinaire with a prestigious law firm in Denver, never mastered the art making a toasted cheese sandwich. Raised by her grandmother Callie who was a great cook, she has Callie’s recipes written in her spidery handwriting on yellowed index cards. Claire’s trying her hand at one of Callie’s favorite holiday recipes.

You need a nine-inch unbaked pie crust an pie pan.

Pour nut mixture into pie pan and bake at 350 degrees for fifty minutes.

Wishing you a holiday season full of warmth and love,

“Never trust anyone who has not brought a book with them.” – Lemony Snicket

In ‘Secrets and Lies” the second book in P.H. Turner’s ‘Claire Callahan Mystery Series’, the reader gets sucked into a good old fashioned PI murder mystery with its cold opening. The killer is revealed in the first pages but it is up to the intrepid Claire to put the pieces together as to how the killer fits in with any of the most obvious suspects. There is Claire’s client, Amanda the murdered man’s estranged daughter, who is trying hard to convince everyone she is not bothered by his passing and sounding more like a prime suspect as time goes by, or it could be her new boyfriend who has some pretty weighty secrets of his own. Then there is the man who blames the victim for the death of his wife. It could be the family who through the duplicity of the victim, has had their business nearly bankrupted leading to suicide and grief in the family. Truthfully, as the story plays out, it could be any or all of them, or a myriad of others really, as Morgan Tutwiler was considered the most hated man in Denver.

Keeping her client out of jail is not the only thing Claire has to worry about. Her own estranged father is down on his luck and has landed on her doorstep bringing his own problems with him. She is also worried about her mentor and his ongoing family issues. I love the use of the word gumshoe in the synopsis because that is truly the feel of this story. Claire’s personal story is character-driven and populated with just the kind of tropes one would expect from a proper gumshoe story. The wise mentor and his new protege, the understanding boss with a steady stream of not always popular assignments, the grizzled PI who can get things done, if not too many questions are asked and the shady underworld connections that seem to leak information at just the right moment. Claire is feisty and edgy as needed and joy to read.

Be sure to scroll down to the tour section to click the big red button for your chance to win a Kindle copy of the book.

I received a copy of this book for review purposes. All opinions are my own

Secrets and Lies: A Claire Callahan Mystery by P.H. Turner 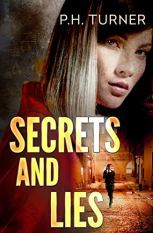 Shot to death in his home, Morgan Tutwiler leaves behind a multimillion-dollar business and a daughter who hasn’t spoken to him in years. And she isn’t alone in wanting him dead. Plenty of people wanted the most hated man in Denver dead in P. H. Turner’s latest novel in the Claire Callahan series.

Reminiscent of the finest gumshoe storytelling, Secrets and Lies, would not be complete without Turner’s signature quirky characters and inventive plot.

P.H. Turner writes mystery and suspense novels set in the mountains and canyons of the West where she grew up and spent most of her working life. Pat worked in broadcast journalism on both coasts, the Midwest, and the Rocky Mountains. With roots to a Texas farm homesteaded in the 1850s, she’s returned to live within miles of the old farm.

Pat is a member of Sisters in Crime and Mystery Writers of America.

December 10 – I Read What You Write – REVIEW, GUEST POST

December 10 – Escape With Dollycas Into A Good Book – REVIEW

Have you signed up to be a Tour Host?
Click Here Find Details and Sign Up Today!

Shelle's ReaderRank
Shelle has reviewed 956 books with an average rating of 4.545 out of 5.
480 people have found Shelle's written reviews to be helpful on Goodreads.
See more...

Top 10% in books from large presses 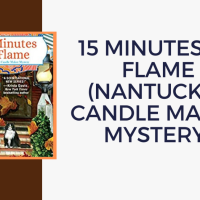