Review: A Mysterious Mix Up by J.C. Kenney

A Mysterious Mix Up (An Allie Cobb Mystery) by J.C. Kenney 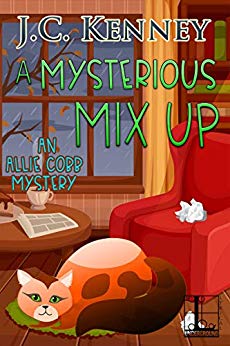 Murder hits the stacks when literary agent Allie Cobb investigates a fatality in the local library . . .

Allie Cobb returns home from a book conference armed with hugs for her cat and her boyfriend and dreams of a long, hot bath. She’s also getting ready to take the plunge by hiring an intern for her expanding literary agency. But it’s one for the books when Allie finds the town’s librarian—and her longtime role model—seconds away from death on the library floor.

Who would want to poison Vicky Napier—one of Rushing Creek’s most beloved citizens—on the eve of her retirement? But it seems there were toxic people in her life, like the handyman with an obsessive crush, and a woodcarver with a hair-trigger temper. The list of suspects includes Allie’s boyfriend, Brent, who’s in the running to take over as town librarian. Avenging her friend’s murder could be a trap as she goes up against a killer determined to write Allie’s epitaph . . .

A Mysterious Mix Up by J.C. Kenney is the third book in the Allie Cobb Mystery Series. Allie is Cobb New York trained literary agent who has returned to the small town in Indiana in which she grew up. She also has a knack for solving murders. Coming home from a recent business trip she finds that the long-time local library director has decided to suddenly retire and move to another state. When Allie shows up early to the library to wish her mentor well, she finds the woman barely alive with the library’s creepy janitor hovering over her. When the woman dies Allie makes it her mission to find out the truth of who did it. The police believe Allie’s boyfriend was the last person to see her healthy and alive and the janitor had a less than healthy relationship with the dead woman. Allie finds other suspects in her search, a loser ex-husband and a contractor with a grudge. Still, none of her theories quite work for her.

Small towns are the mainstay of cozy mystery. I for sure love reading about a small town not far from me and characters who visit the same places I do and share the same values. Though my city is much larger than Rushing Creek, any of the characters in this book would fit in at my local library, my favorite local eatery, or living down the street from me. The state of Indiana is well represented in the pages of this story.

As is typical for me, I have come into this series on the latest book, but I will tell you, I didn’t know it until after I had finished it. The characters obviously have a history, but it is introduced so organically that it feels like a well-developed stand-alone. The story behind the mystery; Allie’s interaction with family and friends, and her publishing business and her search for an intern, is character-driven and is peopled by characters that are easy to become attached to and invested in. Even the bad guy added color to the small town / close-knit vibe. Allie herself is charming, smart, full of fun pop culture and literary references.

I suspected the murderer early on, but there was plenty to keep me occupied and distracted especially as the reason for the murder became more clear. It was an enjoyable well-written cozy and great way to spend an evening. I am looking forward to catching up with Allie and Rushing Creek.

I received a complimentary copy of the book via NetGalley and Kensington Books. All opinions and insights are my own. 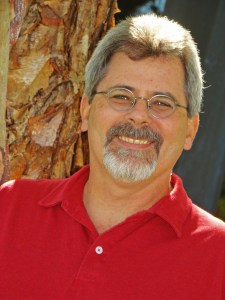 J.C. Kenney grew up in a household filled with books by legends Agatha Christie and Lilian Jackson Braun, among many others, so it was no surprise when he found himself writing mystery stories. When he’s not writing, you can find him following IndyCar racing or listening to music. He lives in Indianapolis with his wife, two sons, and a cat who is the inspiration for Ursula in the Allie Cobb Mysteries

January 9 – I Read What You Write – REVIEW

January 11 – I’m All About Books – SPOTLIGHT

Have you signed up to be a Tour Host?
Click Here Find Details and Sign Up Today!

One thought on “Review: A Mysterious Mix Up by J.C. Kenney”